I’m a Michigander, born and raised. I’m used to cold winter months where the temperatures dip well below zero and the snow piles up by the foot. Summers in these northern climes can reach one-hundred degrees—though that’s not often. The point is, I’m used to weather extremes. But nothing the Great Lakes state has to offer could prepare me for my Florida experience.

I relocated to Ft. Myers back in June of 1988. I’d needed a change of scenery, a new beginning, whatever you want to call it. A girl broke my heart—or I broke hers—and so the long trek from mid-Michigan to south Florida seemed the best remedy to soothe lost love.

I had family there. My father, step-mother, and younger brother had made the move a year earlier. The journey made perfect sense to my 21-year-old mind.

Finding employment came easy. My father, having retired from General Motors, held a supervisor’s position in a concrete pipe factory. Ft. Myers in the late 1980s was transitioning from cow town to booming metropolis. This expansion called for lots of concrete pipes for sewer systems and water drainage. I operated a forklift, taking pipes off the production line, loading them onto big rig trucks to be shipped to destinations all across south Florida.

The differences between Florida and Michigan are stark and immediate. Where Michigan is gray, cold, and snowy at Christmas, Ft. Myers offered 75 degrees and sunshine. In Michigan, we’ll see rain a few days each month. Grass and vegetation will often die and turn a brittle brown under the dry summer heat. But Ft. Myers sees rain pretty much every day—sometimes several times a day—which keeps the scenery green and lush. There were even moments where the sun would be shining and the rain would be falling at the same time. We don’t get that too often in Michigan.

Another thing we don’t get in Michigan is the tropical storm. These massive storm systems are the precursor to hurricanes. In late 1988, I experienced my first—and only—tropical storm. Called Keith, this storm system dumped rain upon southwest Florida in amounts I’m sure Noah himself could certainly appreciate. Powerful winds whipped through the area, ripping roofs off many structures.

I remember working in the factory yard that day beneath a light but steady rain. Yellow rubber rain slicks covered me from head to toe—and still I found myself soaked to the bone. Late in the day the rain picked up strength, pelting me in the face, causing me to put on safety glasses to protect my eyes. I worked until ten o’clock that night, doing a job that normally had me clocking out around six o’clock. It would be past midnight by the time I arrived home.

All through the night the wind howled its threats against our house, promising to remove roof and siding with barely a thought. Rain spilled from thick, dark clouds that swirled across the sky like menacing gods. The power abandoned us sometime during the night, leaving us to candlelight and a battery-operated radio.

By first light the following morning the worst of the storm had passed. We were expected to report to work, just like any other day. Seems unless it’s a full-fledged hurricane, it doesn’t count for much with the boss man. But our entire neighborhood was under water. In our backyard, we had a boat canal. Across the street flowed the Caloosahatchee River. These two entities rose together, flooding the area, leaving houses—ours included—stranded like dozens of islands. And still, we were ordered to work—though the boss man had given us a few hours to make the thirty minute drive.

We survived. We even made it into work just before noon. Nobody else at the plant lived on the river, so flooding didn’t hinder their travels, which made me and my father the only ones who were late that morning.

I’ve since moved back to Michigan. I missed those familiar sights and the people with whom I grew up. But I still have a head full of memories of the nearly two years I called Ft. Myers home. I intend to one day return to south Florida—if only for a visit—just to see the changes that thirty-odd years can lay on a city and its sights. And every year, right during hurricane season, when the storms begin their march toward dry land, I break out my story of Keith and the night I survived my first—and only—tropical storm.

Today I am sharing a post written by Fresh Ink Group author B. A. Johnson. She shares details of her recent successful book signing.

Noted children’s literature author, Beverly Cleary, said, “If you don’t see the book you want on the shelf write it.” Barbara Johnson was looking for a children’s book that narrated the history of the African Methodist Episcopal Church in language children could understand. She did not find that book, so she wrote it. Sassy Discovers the AME Church details the founding of the African Methodist Episcopal Church in a story narrative that children can read and understand for themselves.

Sassy seeks information about the AME church from her “Big Momma” who has been an AME all her life. She and Big Momma begin the journey of learning everything there is about AME history in preparation for Children’s Church. Along the way, Sassy learns why everyone is so proud to be AME.

Sassy, her brother Franklin, and their friends encounter issues kids deal with daily, such as bullying, inclusion, death, grief, and forgiveness. They along with other AME members must deal with the deaths of nine members of the Emanuel AME Church in Charleston, South Carolina. No other story has been written from the children’s perspective regarding the deaths at Emanuel AME Church. Sassy and her friends share their feelings for the first time.

The book launch party for Sassy Discovers the AME Church was held on Saturday, May 1, 2021 on the grounds of historic, St. John AME Church. Church members, family and friends came out to purchase an autographed copy of the book and take a photo with the author. Everyone was excited to receive a copy of the book with a picture of St. John AME Church on the cover. All expressed great interest in reading the history of the church from a child’s perspective.

Barbara Johnson is a retired educator and a lifelong member of historic, St. John African Methodist Episcopal Church in Huntsville, Alabama. She writes under the pen name, B. A. Johnson.

Sassy Discovers the AME Church is published by The Fresh Ink Group. Books may be purchased online at Amazon.com, BarnesandNoble.com, and BooksAMillion.com. 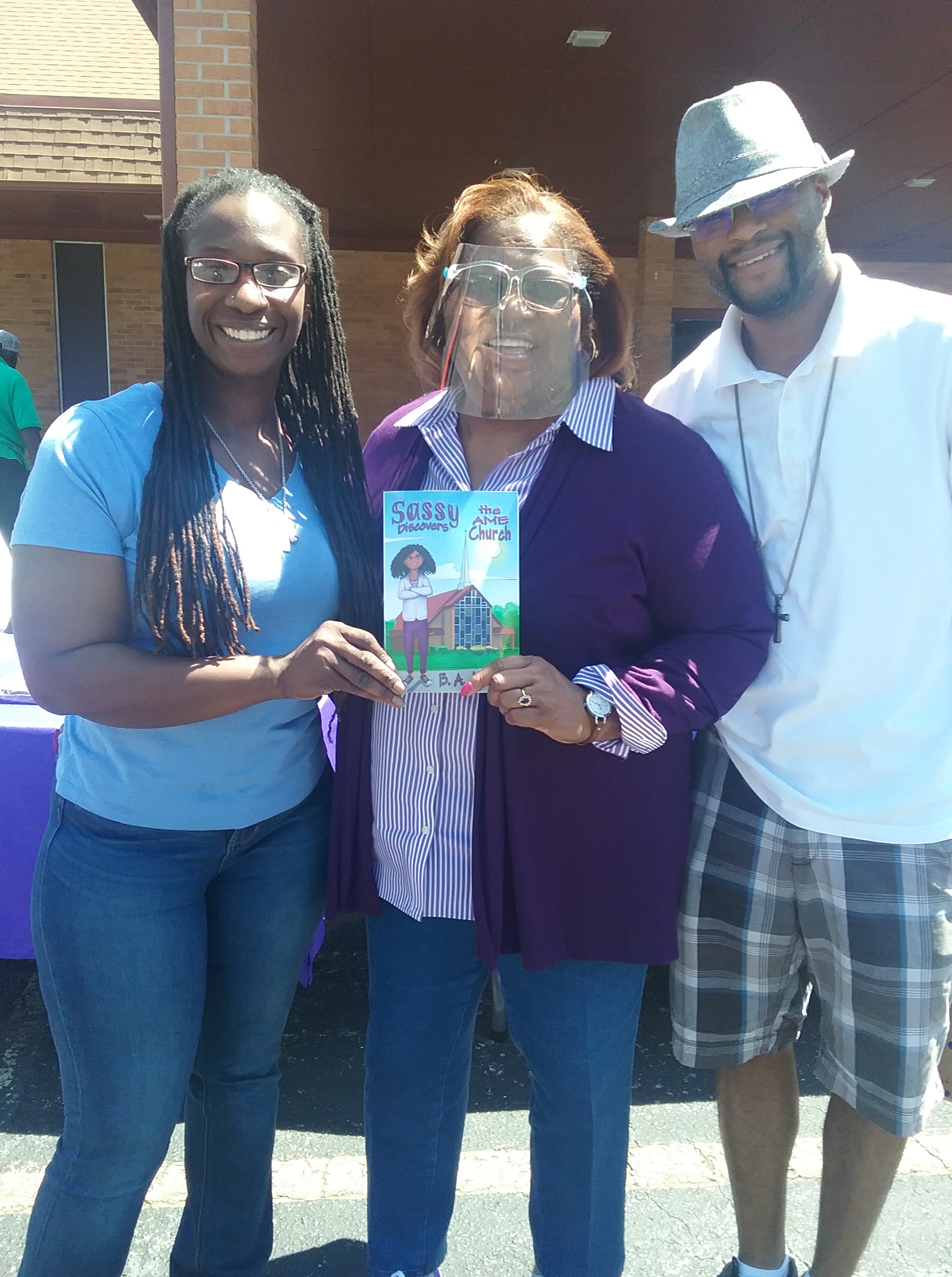