Divergent Ink is the mesh of different frames of thoughts, various interpretations of one core question that yearns for universal expansion. Although the subject matter may change every year, the purpose of the Divergent Ink series will remain the same.

The first book in the Divergent Ink anthology series, “Crackles of the Heart”, centers around the following question: Can the hot, handsome guy fall for the average, awkward woman?

Six Divergent Inks exploring “Crackles of the Heart”. Will there be hearts rejoicing or hearts breaking?

Da’Kharta Rising: A five word invitation sets the tone for an afternoon journey. Short, provocative connectivity sizzles “Inside Me”.

Queen of Spades: One look from Her was all it took to put a ladies’ man into early retirement. Yet, the very object of his affection has no clue of his reform. When he opts to take a huge gamble, will his fairy tale end happily ever after or be deemed a “Tale in the Keys of Drastic”?

Adonis Mann: The dark of night can be more than scary, it can be downright intoxicating. When pleasure meets stupefaction, a man with a secret whirls into rapture at the hands of an unknown force. To which end? Will his secret be revealed, or will he revel in the delight it brings? Nothing is as it seems during the wonderment of “Mystical Nights”.

Y. Correa: Steampunk Earth, set in the distant future. When an ambitious city guy meets a carefree country lady, what starts out as a getaway to finish an important project turns into a interesting journey. Steam intersects and hearts collide in “The Steam of Opposites”.

C. Desert Rose: Terah has the misfortune of being given news that puts an expiration date on her life. In her desire to get away from the chaos, she has a chance encounter with the very one that can put the turmoil to rest. Is “Serendipitous Mirth” dumb luck, or preordained destiny?

Synful Desire: Bette is a hard working small town woman with simple pleasures. When visually stunning Jesse comes into the store on what’s normally her day off, her mind accelerates into complex overdrive. In this small town, a lot can happen in seven days. Will one of those events serve to satisfy Bette’s “Seven Days of Stimuli”? 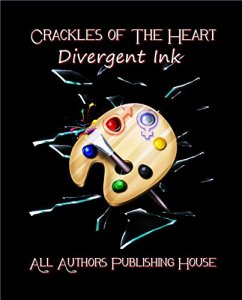 This collection contains some truly intriguing works by authors who are skilled in the fine art of storytelling. Six writers lent their talents here. They have each taken a core question and answered it in their own unique words.

Though there are different styles at work, there remains a thread that connects each of the tales in this book, like a well-groomed path cutting through a summer wood. I’ve read some of these authors before. I am never disappointed in plots or mechanics or inspiration. Good writers know how to pull the reader in and dazzle.

The stories are provocative, dark, and at times, steamy in their telling—though not in an over-indulgent sort of way. There is an order to the chaos. I honestly couldn’t settle on just one or two as favorites, so I’ll give applause to each of these writers: Da’Kharta Rising, Y. Correa, Adonis Mann, Queen of Spades, C. Desert Rose, and Synful Desire. Cheers for a job well-done, authors!

I am a fan of the short form of fiction. This collection will sit on my shelf along with the others I’ve kept and returned to time after time.

9 thoughts on “Crackles of the Heart: Divergent Ink Book 1! A #BookReview”