Hello, amazing readers! Today I am thrilled to introduce an incredible indie author on her blog tour. Please give a warm welcome to Jean Shorney.

Take it away, Jean…

Inspiration is all around us, it’s no wonder so many are writing, painting or composing. For me inspiration comes in many forms. From a snippet in a newspaper to a work of art. Or even a mural found on the side of a building in a London street.

I was writing Night Of All Evil at the time, and out in London in company with my son, his partner and my granddaughter doing  our own Jack the Ripper tour, which took us to Mitre Square where Catherine Eddowes was murdered. Not that I had plans to write yet another Ripper story. Atmosphere and emotion continue to remain in this part of London. One of my characters, a sadistic killer named Goethe, was inspired by the Ripper. Plus I saw  a wall mural depicting  a young woman whose features were obscured by black tape. Goethe’s victims were found this way.

Sometimes  a mere headline in a newspaper can spark off a character creation, or even an entire story. One of the Sunday papers carried the story of a woman married to a Greek restauranteur. When his wife had an affair, her husband hired someone to throw acid in the lover’s face. A twenty five chapter novel was written in the wake of that story.

Several  of my female characters might have stepped out of a Rossetti painting. The Pre-Raphaelite Brotherhood, a group of rebellious young artists in Victorian London, exemplified their own style of Art. It was ‘previously not seen in this England’, at least according to their patron, the writer and artist John Ruskin. The women invariably have long auburn  hair, as red as molten lava, flowing down their backs.

Art is an inspiration in itself. seventeenth, eighteenth and nineteenth century is my favourite. How often I have mentally utilised the paintings of Rossetti or Hogarth for creating a character or story.

Highgate Cemetery holds a fascination for me also. The old Victorian cemetery in North London is the perfect setting for a supernatural or Vampire story.

The Waltz tunes of old Country music are  another inspiration of mine. I listen to it while I write, losing myself in the music. The songs of Johnny Cash, Marty Robbins, Kitty Wells… Emmy-Lou Harris’ soulful voice does it for me every time. The music is also conducive to scene setting. However, for the action scenes, Meatloaf’s Bat Out Of Hell is pure inspiration in itself.

Of course there is another inspiration of mine, that some of my readers will already be familiar with. To write so many books about one character, in the first person, I needed a face. And no face comes more photogenic and good looking than the actor Aidan Turner (Poldark, Being Human and The Hobbit). Aidan Turner is the perfect inspiration for Aidan McRaney and all the situations my protagonist finds himself in. 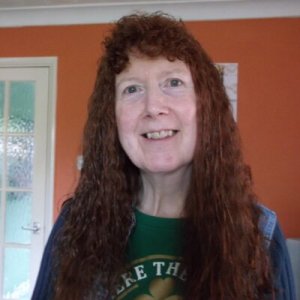 I live in a country village called Thatcham, in rural Berkshire, England. I am a widow with two sons and a granddaughter. My granddaughter also writes and is training to be a dance choreographer.  I love music, especially old Country, as I have since I was a child. I enjoy listening to Irish Country music, which I also write to. When I’m not writing, I work in a care home for the elderly with dementia. I enjoy watching movies and collect old gangster and horror films. I once owned over two hundred and fifty books on supernatural accounts, but was compelled to give them to charity shops as I had run out of room.

I own over five hundred movies, and enjoy old anthology series such as The Twilight Zone and The Outer Limits. My favourite writers are Elliott O’Donnell, Robert Bloch, MR James and HP Lovecraft. I also enjoy the Irish terrorism thrillers of Jack Higgins.

I would like to post an acknowledgement to the lovely Helen Treharne, @Tea_Talks on # Twitter for recommending  Rave Reviews Book Club, and for her continued support.  She’s read all my books to date. Bless her. 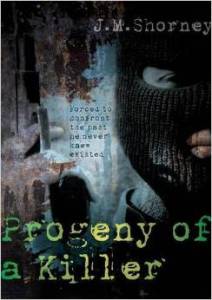 Progeny Of A Killer

“This tour sponsored by 4WillsPublishing.wordpress.com.”