Reviews, be they for books, music, art, or movies, are important to the creator of the work in question. A good review alerts other readers that a particular book is well worth your time and money. A good review will help a singer or a band ease from struggle to success. Even in the restaurant business, a good review is often the difference between a full dining room and bankruptcy.

At the same token, a bad review can sink a Hollywood picture before it has a chance to open to the general public. Bad reviews are a part of the creative world that every participant will eventually experience. It’s just a fact of life. There’s no such thing as the perfect novel. Somebody somewhere will find something about your work they just don’t like. Even the Beatles found detractors when releasing Sgt. Pepper’s Lonely Hearts Club Band, an album many believe to be a masterpiece. 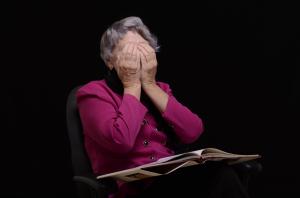 A review should be an honest, critical appraisal of another’s work. This appraisal will guide customers either toward or away from that person’s hard work. In today’s world of self-publishing, many books get published that aren’t necessarily ready for an audience. The story may be fantastic in theory but severely flawed in execution. (Pay the extra money for the editor!) But even in situations like this, honesty can be achieved without being rude. Something along the lines of: “I read the story and enjoyed it for the most part. The concept is quite entertaining. It could really use a thorough editing, to clean up the poor sentence construction, misspellings, and wrong punctuation. The author would do well to read up on Point Of View.” Civility allows others to know that, though the story is entertaining, there are issues within the text.

Are we capable of civility in today’s cyber world? There’s this awful thing called a revenge review, where people will post negative reviews of books or music just to draw down a particular work’s rating on, say, Amazon.com. Some people, without conscience, will trash a person’s hard work just for the joy of hurting another.

Recently, I became aware of a reader who actually changed her review of a book after it had been posted for some months. The reason? The reviewer had words with the author over something completely unrelated to the author’s work. This is a childish move, to be sure. But it’s also a dangerous slope to tread for the reviewer. By changing a four-star rating to a one, that reviewer loses credibility with those who read that person’s reviews. To change it after months alerts me that there’s something more going on. Did it suddenly dawn on you that the work deserved a single star rather than the four-star glowing review you originally awarded? Or are you being vindictive and childish because somebody called you out on an issue unrelated to the book in question?

A review should always be honest and from the heart. Once it’s been posted, it should be set in stone—unless the author has made corrections to the work, and the reviewer has re-read the book. To change a review—especially after a period of time—lets others know your word is not to be trusted. 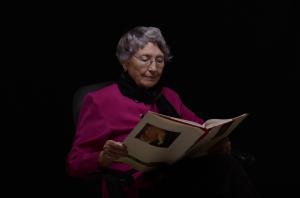 Reviews are important. And even though some authors like to downplay their importance, we know reviews help sell books. It’s a simple fact. So when writing your reviews, be kind—even in your criticisms. If a book needs work, approach your review as a teaching opportunity, sharing whatever wisdom and knowledge you possess. Civility goes a long way—and not just for the author, either.

6 thoughts on “The Honesty of Reviews”